(text transcript of this video review is below)

Review of ZNZ One and ZNZ Big Cash

Hey guys, Ian Pribyl here from NoMoreBSReviews.com. Today, we’re going to talking about a company called ZNZ, and they have a couple of products. One is called ZNZ Big Cash, and one is called ZNZ One. And of course, the ZNZ stands for ZipNadaZilch, which you probably knew if you’re watching this video.

Is ZNZ a Scam?

So the first thing you’re probably wondering is, is ZNZ a scam? And the answer is no, but there are some contingencies. I always give 100% honest reviews, and I’m going to give you a 100% honest review here too, because if it were me I would want nothing to do with ZNZ. But there are certain people watching this video that you will want something to do with ZNZ, and I’m going to tell you exactly if you’re that person, or if you’re the person that wants to cut ZNZ out. And in order for me to do that and for you to completely understand it, I need to explain something really quick, so stick with me for the new few seconds while I explain this.

The Nature of the Middle Man

And that’s how you know if ZNZ is a good program for you, or if it’s something that you would rather cut out. Again, for me, I would rather cut them out, because I don’t want people with fingers in my wallet, that’s just me. I can build websites, they’re not hard to build, I taught myself the skill years ago and it took me a few days to do it. And I would recommend the same for you.

But if you are a person that is completely averse to building a website, there’s no way you want to learn how to build a website. Even if you’re a little tech challenged, you can build a website these days, we have tools that’ll teach you how to do it, and you can learn it really quickly. And then you don’t have to have that second middleman ZNZ in there, you can just go straight to the affiliate networks with your website, post the offers and with DIRECTV you’re going to make $100 instead of making $80 for example, okay? I don’t know exactly what ZNZ pays on DIRECTV, but that’s the nature of the relationship.

So now you have two middleman instead of one. I build websites, I’m an affiliate and I go straight to the affiliate network and I cut out that middleman, and I would recommend the same for you. But only you know if that’s something that you want to do, okay?

Real Examples of ZNZ vs. Direct from the Affiliate Networks

Big Fish Games Unlimited, ZNZ again gives one credit and on PointClickTrack, that’s another affiliate network, you’re going to get paid $25 if you direct someone to that and they sign up.

CreditReport.com, ZNZ again is going to give one credit, but on ClickRover you’re going to make $32 if you give that away, okay?

And the last one I’ll give as an example is GameDuell. ZNZ again one credit; it’s going to make you $22.50 on PointClickTrack.

Where to Find These Offers for Yourself

So Really, Is ZNZ Right for You?

So is ZNZ right for you? Only you can answer that question. I’ve explained the relationship to you and now you have enough information to know if you want to be the person that doesn’t build a website and uses ZNZ as the middleman or if you build the website yourself and you direct people directly to the affiliate offer from the affiliate network, cut out that middleman and make more money.

So again, my name is Ian Pribyl from NoMoreBSReviews. If you have any questions or you want to look at other products or you want some free resources, there are tons of them on my website, a great e-book that I wrote myself for you to get started in affiliate marketing, I give away 100% free; there are videos, lessons, links to other websites, all absolutely free. They’re going to help you get started in internet marketing to make sure you’re not getting scammed out there.

So with that being said, I’m trying to keep you guys safe on the Internet, best of luck and I’ll talk to you soon.

If you have any questions or comments about this review, feel free to send me an email using my contact page or comment on this post! I do the absolute best I can to be a free resource for new affiliate marketers that are trying to change their lives and avoid getting scammed in this dog-eat-dog industry!

ZNZReviewed by Ian Pribyl on Feb 4.
Summary: A product that is right for some, but not exactly right for just as many if not more
Description: ZNZ One and ZNZ Big Cash are great for some people, but absolutely awful for some. This review explains how you know which side you fall on.
Rating: 1.5 out of 5. 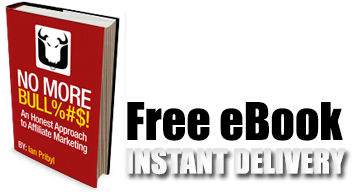